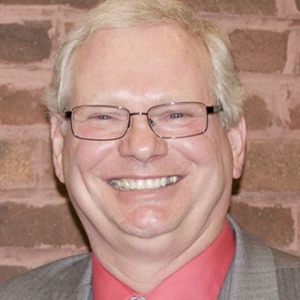 Bartek replaces CCSEM’s first CEO Jason Shanks who accepted a new position as president of the Our Sunday Visitor Institute based in Huntington, Indiana.

Bartek was chosen from among 44 applicants in a national search. He joined CCSEM in early 2016 as Director of Immigration and Refugee Resettlement Programs, which at the time was experiencing a significant increase in clients. Shanks added to Bartek’s responsibilities the management of the agency’s All Saints Soup Kitchen and Food Pantry in southwest Detroit, and then appointed him to the position of COO.

“Dave is blessed with excellent leadership skills and possesses the spiritual depth to oversee this agency as an intentional disciple of Christ,” said Msgr. Kosanke. “We are blessed to have his steady hand and his experience gained during challenging circumstances when our refugee relocations soared in October last year then plummeted upon the Administration’s travel and refugee bans. We are confident he will guide CCSEM in its mission to bring help and hope to those in need in our community.”

Prior to joining CCSEM, Bartek served in leadership roles at United Way for Southeastern Michigan. He and his wife are residents of Livonia, Michigan. They have three adult children and a son-in-law and are registered parishioners at St. Kenneth Parish in Plymouth.

Some tough words from Jesus toward his prospective followers in todays Gospel. How do you think Jesus felt when people did not welcome him? #52Sundays #gospelreflection #sundaygospel ... See MoreSee Less

It’s that time of year!! We are announcing the dates and details for this years Annual Celebration. More information to come but for now everything can be found here: loom.ly/JMiYqqM ... See MoreSee Less

Whether you’re newly pregnant or a veteran mom, we understand that your role as a mom can sometimes feel overwhelming — especially if you’re dealing with life circumstances that make it even harder. We want every mom to know that Catholic Charities of Southeast Michigan (CCSEM) is here for you!We are dedicated to helping the moms in our community in any way we can. We constantly create new programs and partnerships to help throughout your motherhood journey. Being a mom is the most challenging (and rewarding) job in the world. We aim to make that journey a bit easier for moms by providing them with the resources they need and supporting moms who are scared, doubtful, dealing with depression, feeling alone, struggling financially, and conflicted. Catholic Charities of Southeast Michigan takes motherhood seriously, and we offer the programs and services to help moms and babies full circle. We provide many ways to lift mom, baby, and families when the load seems too heavy - loom.ly/ZJcRInU ... See MoreSee Less