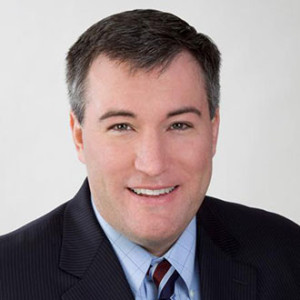 Metro Detroit — In 2011, Archbishop Allen H. Vigneron had called for the independent social services agencies that were loosely affiliated with the Archdiocese of Detroit to become a single entity, Catholic Charities of Southeast Michigan (CCSEM).

Three years after that decision, the consolidated agency is growing visibly stronger in its mission to serve Catholics and non-Catholics in the Metro Detroit area.

“It is sort of like we are a new entity, but we have been around as independent organizations,” said Jason Shanks, CEO of CCSEM. “Catholic Charities in the Archdiocese of Detroit goes all the way back to 1834, and so it has a long history within the archdiocese.”

Shanks said the consolidation will provide for more efficiency, effectiveness, and a greater impact, and beyond CCSEM’s direct services, “it allows for greater collaboration and coordination” with other like-minded ministries and groups.

In the midst of the merging and transition, however, CCSEM remains highly active in Metro Detroit. According to a July 14 letter to parishes, as of this month, the agency has secured $725,000 in grants and contracts for several of its many programs.

For instance, “we do adoption and foster care in all of the Archdiocese of Detroit,” said Shanks, explaining that currently, 30 children are waiting for adoption. “We secured 15 infant adoptions last year.”

He said CCSEM’s foster care program currently has 60 children placed in foster homes, and 25 young adults who are in the Supervised Independent Living (SIL) program for those who have aged out of foster care, but are still in transition.

Recently, the Commission on Accreditation of Rehabilitation Facilities (CARF) gave accreditation to CCSEM’s behavioral health and adult day care programs for the next three years.

Its adult day health programs provide services for seniors and individuals with disabilities who cannot care for themselves, and opportunities also exist for seniors to participate in government-organized “foster grandparent” programs, and for retirees to volunteer at local community programs.

Also provided by CCSEM are a number of Hispanic outreach services — including case management and GED tutoring — as well as an immigration and refugee resettlement program.

“The immigration side is really our legal aid, helping people become citizens, working through immigration issues,” said Shanks, “as well as our refugee program. We resettle about 20 percent of all refugees in the state of Michigan.”

Also offered is Project Hope, which assists pregnant women and new mothers by attending to the needs of both mothers and infants.

Msgr. Charles Kosanke, chairman of CCSEM and pastor of St. Regis Parish in Bloomfield Hills, told The Michigan Catholic that CCSEM’s aim is not to be “redundant” to what other social services agencies are already accomplishing, but rather, hopes to serve as support.

“One of the top priorities of (CCSEM) as a charitable arm of the archdiocese is to be able to assist pastors and their staff in meeting the needs of the parishioners,” he said.

Msgr. Kosanke, who also serves as spiritual adviser of the Society of St. Vincent de Paul Detroit, said CCSEM’s partnership with St. Vincent de Paul has been successful in providing emergency needs, utility assistance and other resources to local families.

“We help everyone, but we do it within the perspective of the mission and the teaching of the Catholic Church,” he said.

Get help or volunteer

To find out more about Catholic Charities of Southeast Michigan, or to get help, call 1-800-88-CCSEM (22736), visit www.ccsem.org, or email info@ccsem.org. Follow on Facebook at www.facebook.com/CCSEM.

via The Michigan Catholic